All information about the conference can be found onthe homepage:http://ecic2016.org/

We would look forward at the "7th EUROPEAN COKE AND IRONMAKING CONGRESS 2016" (ECIC 2016) to welcoming you in Linz! 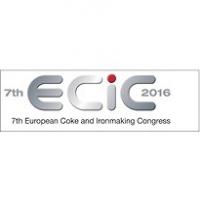 Special Session on Digital Radiography/CTJuly 16th to 22nd in Atlanta